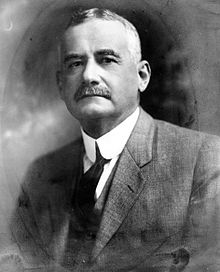 This is the compiled ancestry for Duncan Clinch Heyward, 88th Governor of South Carolina.

He has Middleton and Barnwell, and maybe Gibbes ancestors in common with actress Alicia Rhett, known as “India Wilkes” in “Gone with the Wind from 1939.
He has noble and royal connections through Gignilliat and Overton/Snawsell.

1st generation
Duncan Clinch Heyward, born 24/6 1864 Columbia, Richland County, South Carolina, USA. Died 23 Jun 1943 in Columbia, Richland County, South Carolina, USA. South Carolina Governor. Heyward was orphaned when seven years old and was raised by his maternal grandmother. He was educated in the schools of Charleston and the Cheltenham Military academy in Pennsylvania, then graduated from Washington and Lee University in Virginia. In 1887 he returned to live and farm the land in Colleton County which he had inherited from his father. While living in Colleton County he was made captain of the Combahee Mounted Riflemen and became a member of the Pythias, of the Masons and Odd Fellows. In the Pythians he was made grand chancellor and it was in this position that he formed many warm friendships and ultimately was persuaded to run for Governor. However, he would first have to win the Democrat primary for Governor. He would face fellow Democrat, W. J. Talbert, a former congressman, considered one of the most experienced politicians in the State. Despite his lack of political experience he soundly defeated Talbert in both primaries. Since there was no Republican candidate in the General election he ran unopposed and took office on January 22, 1903. After his two year term expired he was again nominated for Governor, this time without opposition. During his second term as Governor he was elected president of the Standard Warehouse company and would continue in this capacity after his second term ended in 1907.
https://en.wikipedia.org/wiki/Duncan_Clinch_Heyward
https://www.findagrave.com/memorial/38618367/duncan-clinch-heyward

18-19. Peter Manigault, born 10/10 1731 in Charleston. Died 12/11 1773 in London. He was married to Elizabeth Wragg, born 9/8 1736. Died 19/2 1773 in London.
He was a Charleston, South Carolina attorney, plantation owner, slave owner and colonial legislator. He was the wealthiest man in the British North American colonies at the time of his death. He was the son-in-law of Joseph Wragg, the largest slave trader of North America in the 1730s.
http://www.heywardgenealogy.org/getperson.php?personID=I77&tree=tree1
https://en.wikipedia.org/wiki/Peter_Manigault

44-45. Edward Wigg was born in Beaufort in 1715. He married Mary Hazzard in 1738. Edward was a merchant and planter, owning a 532-acre plantation on Port Royal Island and a 450- acre plantation on Okatie River. Surviving wills, plat maps and surveys have led historians to believe that the “more than 450-acre Wigg plantation on the Okatie River” was located on the north side of the river, at Wigg’s Bluff, present day Camp St. Mary’s. Part of that tract includes sections of our Oldfield.-
https://oldfield1732.com/wp-content/uploads/2019/08/The-Wigg-Family-Has-a-History-at-Oldfield.pdf

72-73. Pierre Manigault “a French Huguenot who settled in the Santee area and became a successful rice planter” and Judith Jetton-Gitton.

74-75. John Ahsby. He was married to Constantia Broughton.

88-89. Richard Wigg was the first of the family to settle in South Carolina.
https://oldfield1732.com/wp-content/uploads/2019/08/The-Wigg-Family-Has-a-History-at-Oldfield.pdf

92-93. Thomas Hutson, married to Esther. Thomas was chaplin at the school of Lady Huntington.
https://www.genealogy.com/ftm/f/o/s/John-Cantzon-Foster/WEBSITE-0001/UHP-0162.html

8th generation
128-129. Daniel Heyward, born ca. 1640 in Derby, England. Died 1684.  immigrated to Charles Town in 1670. He is the progenitor of the Heyward family of South Carolina and is sometimes referred to as “the immigrant.”
http://www.heywardgenealogy.org/getperson.php?personID=I1&tree=tree1

150-151. Andrew Broughton of Seaton, England. He was married to Anne Overton.
https://en.wikipedia.org/wiki/Thomas_Broughton_(acting_governor)

9th generation
300-301. Robert Overton, født ca. 1609 i Easington, Yorkshire i England. Han døde d. 1/12 1679. Han blev d. 28/6 1632 i St. Bartholomew The Less, London. gift med Anne Gardiner, født d. 29/6 1613 i London, England. Hun døde d. 12/1 1665. Han var soldat i den engelske hær. Han var en lærd, og han støttede Cromwell en periode: “He was a Major General and an adherent of Oliver Cromwell who appointed him Governor of Hull, Edinburgh and Aberdeen. When he could no longer support Cromwell, he became a political prisoner in the Tower of London. His wife died of cancer while he was imprisoned.
https://en.wikipedia.org/wiki/Robert_Overton
From his mother there is royal connection

378-379. Col. John Godfrey, member of the Council, and Acting Governor of the Colony. Born ca. 1630 in England. He died 12/3 1689/90). Married to Mary.
John Godfrey was on one of the first 3 ships to settle Charles Towne in 1670. He was one of those “Gentlemen and Merchants of the Island of Barbadoes” who had contributed to the fund raised to send “William Hilton, Commander, and Commissioner with Captain Anthony Long, and Peter Fabian, in the ship Adventure, which set sayle from Spikes Bay, Aug. 10, 1663,” on a voyage of discovery to the coasts of Carolina.He was always on the ruling council in the first years of the colony.
Colonel Godfrey was the Palatine’s deputy and President of the Counci 1673-1685.
https://www.genealogy.com/ftm/f/o/s/John-Cantzon-Foster/WEBSITE-0001/UHP-0193.html
Source: Family of Hay Af Charles Jones Colcock, here.